New Painting on the Horizon!

Posted by Unknown at 3:36 PM No comments: 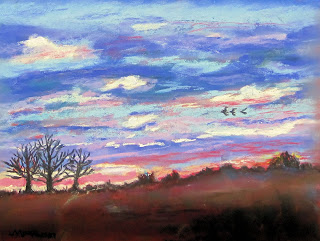 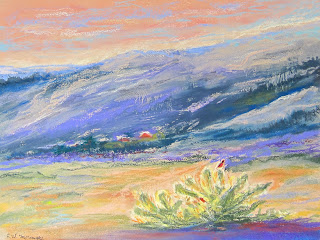 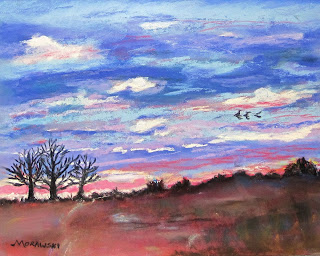 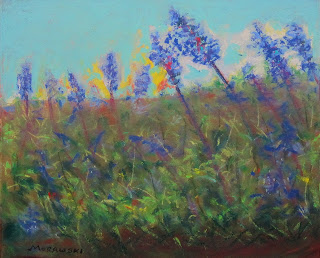 Posted by Unknown at 3:04 PM No comments:

Posted by Unknown at 2:09 PM No comments:

Art and Haiku for the New Year

New Artwork and Verse for the New Year
Images from the Natural and Spirtual World
by Cindy Morawski
Last Thursday, I attended a special art exhibit at the McNay called the Orient Expressed, Japan's Influence on Western Art, 1854 - 1918.  www.McNayArt.org   I noticed while I was walking around and taking in the show's artwork, which continues through January 15th, that they had invited the viewers to "Tweet"  a haiku for their favorite work of art.  There was an on-going competion for the Best Twittered Verse.  Besides the lovely woodcuts, watercolors, and oil paintings, some poems expressed well the subject- matter- at- hand in the drawing or painting.  It was double the pleasure.  Art and Poetry.  What a marriage!
After returning home, I felt inspired to do the same with my recent paintings.  I wrote a haiku to match each work of art.  However, before I rush into showing you the results, let me tell you a little something about what a haiku includes.
Haiku or Japanese verse come usually in lines of three.  They don't have
to rhyme, but they should be in the following syllable count within the
lines of the poem--  5,7,5.  Often they are about nature and include imagery
and figurative language. 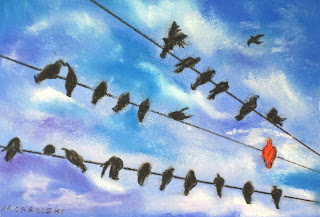 Come Together
How does it feel to
Be distanced from everyone?
Red bird on a wire. 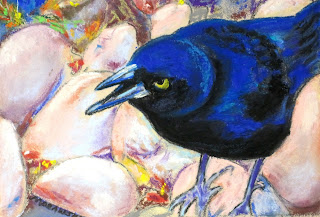 Grackle Cackle
I heard your cackle
No text, email, or twitter
One loud grackle's cry 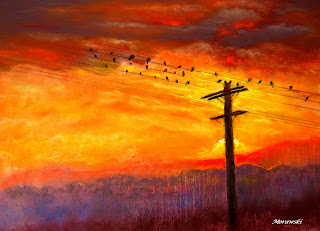 Sunset Song on the Wires
Gathering in song
Sun's descent into crimson
A high flock of lullabies
﻿
﻿
﻿
Posted by Unknown at 10:09 AM No comments:

Posted by Unknown at 9:05 AM No comments: